Helping to guide you on your healing journey, wherever it may take you.

Flower Agate is a grounding stone that encourages new beginnings, growth, and transformation.

These beautiful agates are blooming with flowers and will help you “blossom” into your full potential.

They encourage you to see your dreams through with an open heart, clarity, and renewed commitment.

Discover the Meaning and Properties of Flower Agate in our Complete Guide. 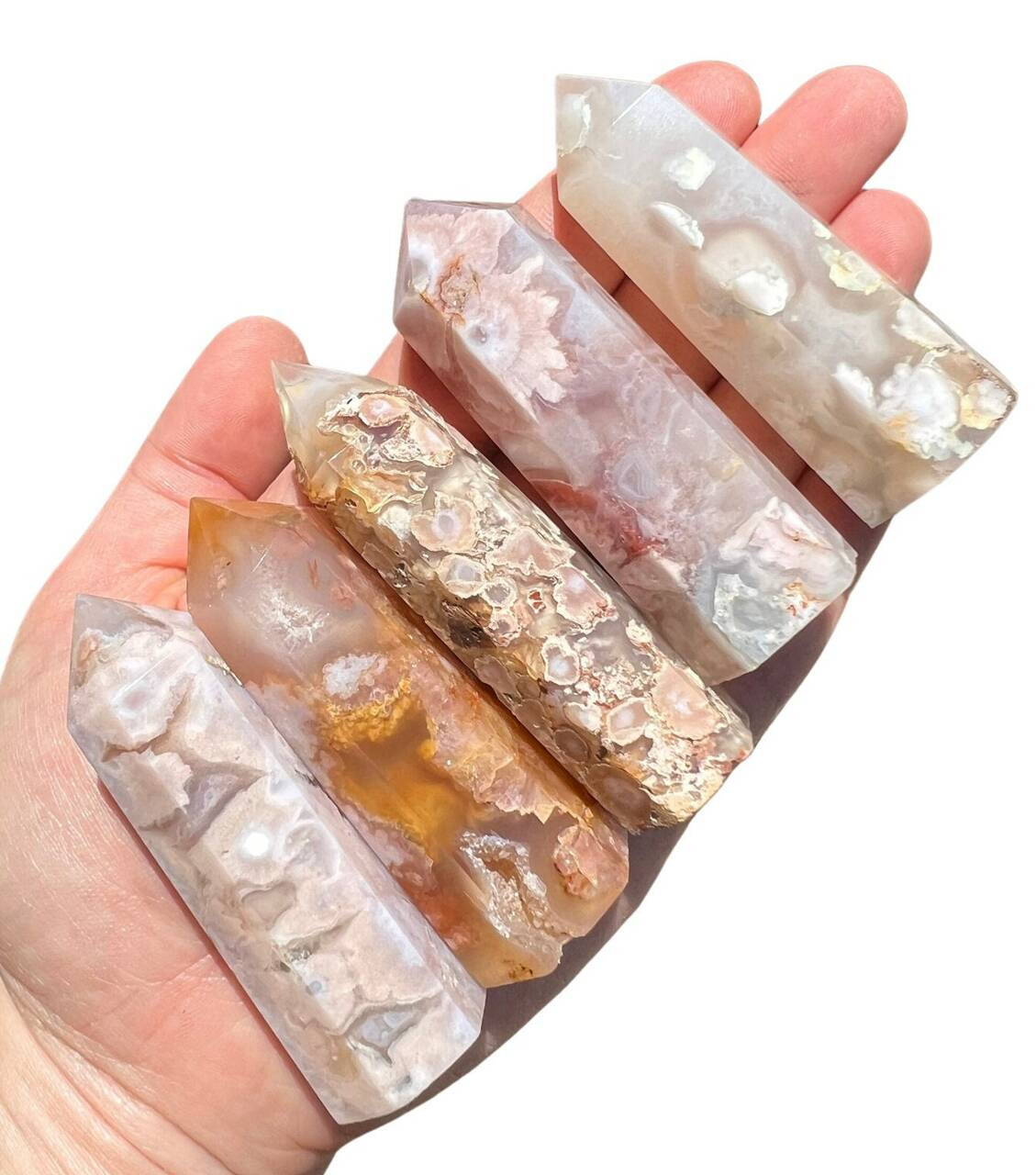 What is Flower Agate?

Notice how they are all floral-inspired? This is due to the unique flower blossom shapes which appear within the stone.

Flower Agate's color is one of a soft and feminine color. It's pallette is primarily made up of pale pinks, milky whites, and other blush or beige hues.

It is a lesser known stone because it was just discovered in 2018 in Madagascar. It is already beloved by those who encounter its enchanting energy.

More specifically, Flower Agate is a type of plume agate. However, it is unique even amongst plume agates in that it features fully-formed three-dimensional plumes of Chalcedony.

Flower Agate is a stone of Growth, Joy, and Manifestation. It is especially helpful in opening your mind to the possibility and growth beyond your perceived limits.

We have much more on this in a minute!

Flower Agate is named after the floral shapes that "blossom" within the stone.

These shapes are similar to what you would find in a Chrysanthemum stone or flower. If you look closely, you may also notice small circles or dots which represent the seeds from which we all bloom. 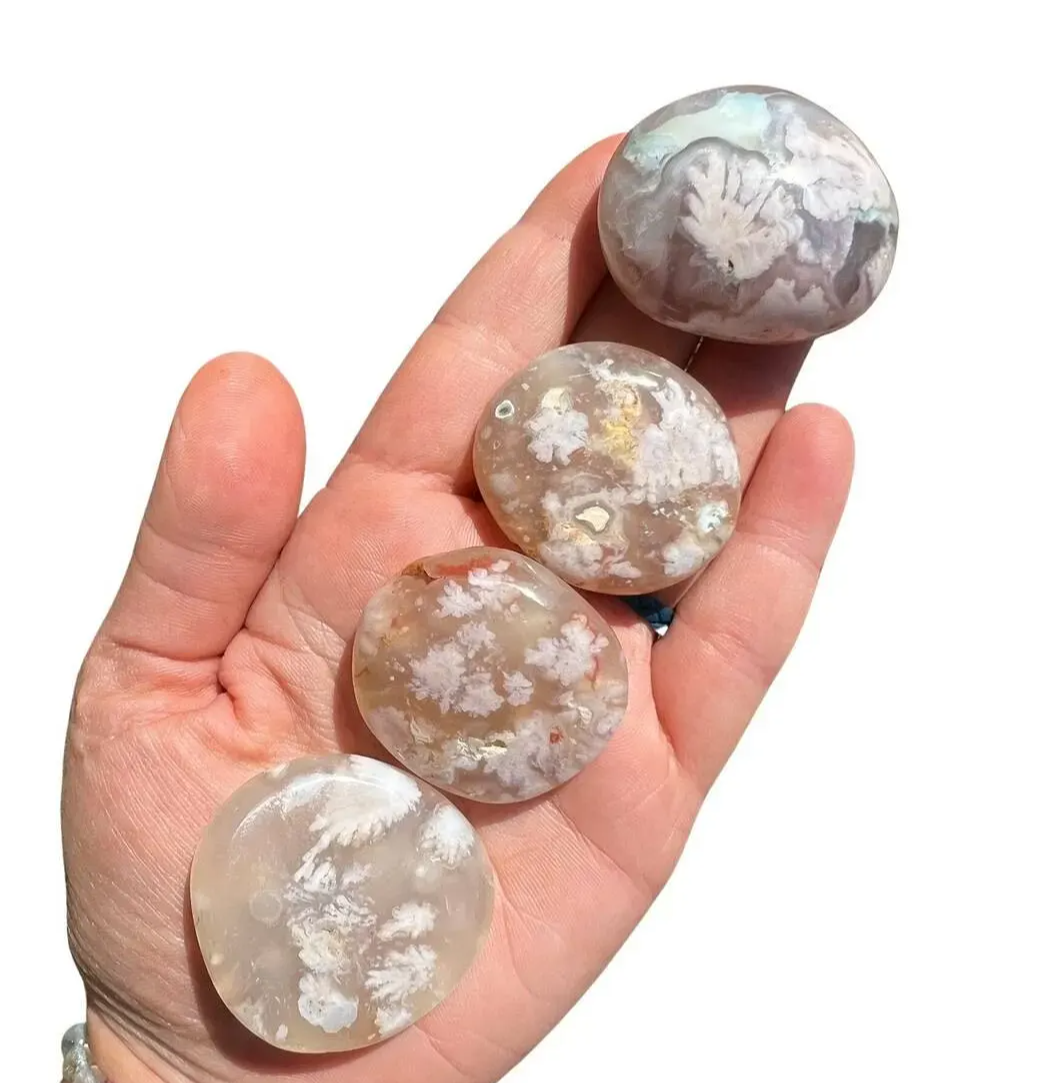 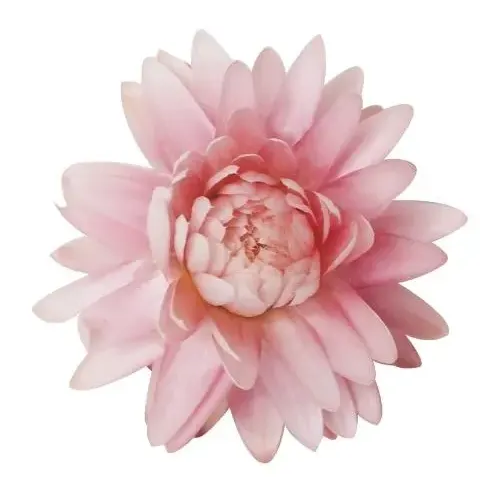 Flower Agate has the metaphysical properties of New Beginnings, Growth, and Transformation. It will help you tend to the parts of your nature that hold you back from growth.

This stone has the energy that flows from seed to blossom. It reminds us that we possess the ability to overcome our challenges and manifest our most passionate dreams!

It can ground you and restore emotional balance, similar to how the soil can support a seed and allow it to grow and bloom into a beautiful flower.

This translates to self growth!

As a stone of the Agate family, it is no surprise that this stone is known for grounding. Here are some of the metaphysical properties of Flower Agate:

Flower Agate promotes a sense of possibility and protects against negative emotions such as anxiety, fear, or self doubt. This allows you focus on positive feelings including love, affection, openness, passion, and encouragement.

Who Should Use Flower Agate?

Flower Agate represents the kind of passion and perennial strength that is sometimes needed to begin again. It evokes a nurturing and nourishing energy, making it especially helpful for anyone who needs help:

How to Use Flower Agate

Flower Agate works well when included in personal healing, meditation practices, and for manifesting your hopes and dreams.

It can be placed directly near the Heart Chakra to enhance its effectiveness.

It pairs well with other complimentary crystals such as rose quartz or carnelian.

You may also enjoy wearing it as a piece of jewelry, or carry it as a pocket stone to help maintain your focus and confidence that you can make your dream a reality.

Flower Agate's associations with the Zodiac Signs, Chakras, Elements and more are as follows: 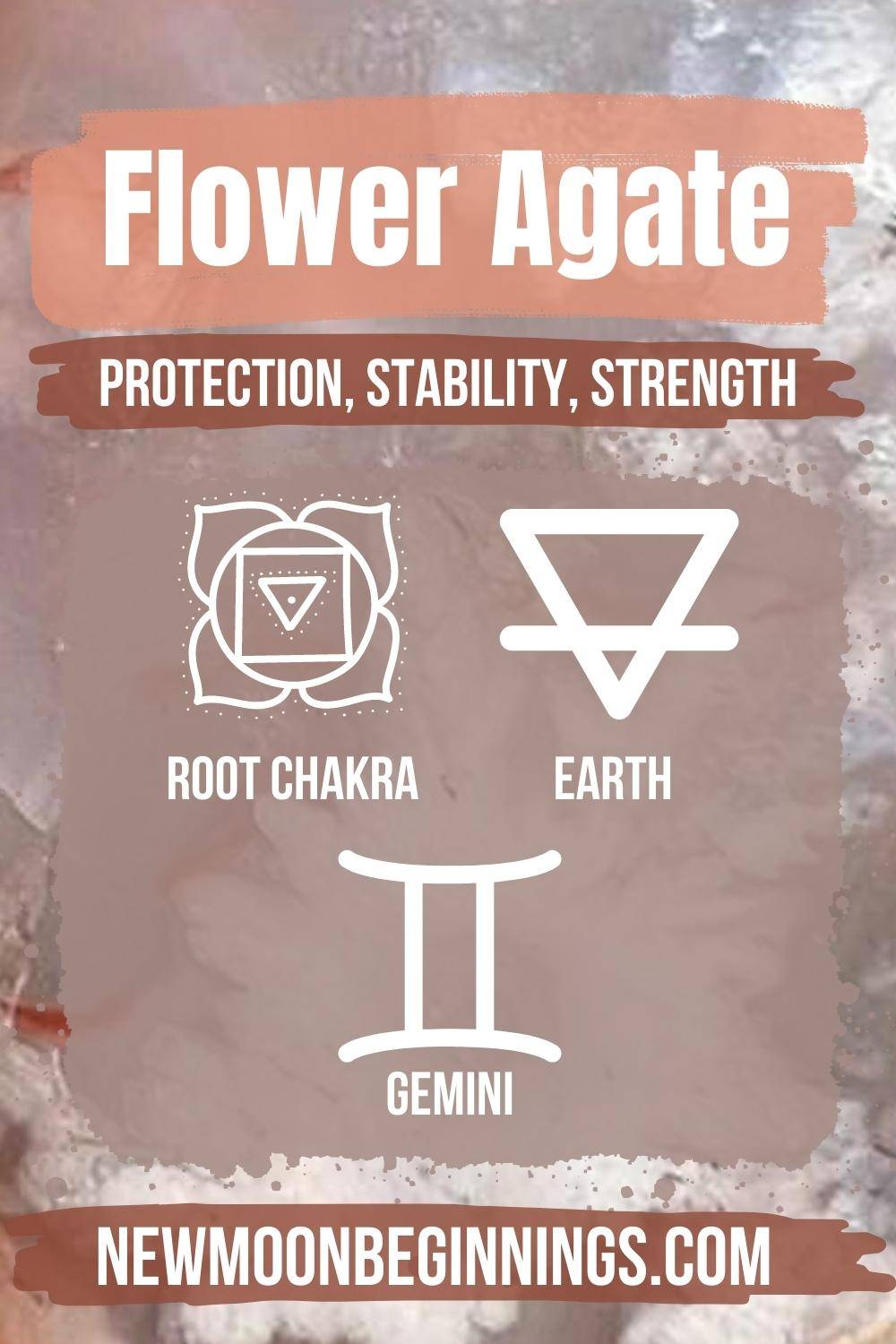 It can also be used to nurture a sense of security between the Heart Chakra and Root Chakras.

Flower Agate carries a feminine energy with its soft colors and curves. It is a perfect choice for activating and fostering connection to the Divine Feminine, or the Sacred Feminine Trinity known as The Maiden, The Mother, and The Crone.

How to Care for Flower Agate

Flower Agate is easy to cleanse and purify. It is able to withstand submersion in water. It can also be charged or cleansed in sunlight, moonlight, or with selenite.

To activate its positive properties, you may also incorporate a manifestation mantra or quote such as:

Flower Agate is a very versatile stone known to carry many positive intentions and properties. It is easy to work with and to enjoy for daily inspiration, but can also be looked to for inner strength in trying times.

The metaphysical benefits of Flower Agate, combined with its gentle and soothing appearance, make it a wonderful choice for connecting with one’s own sense of inner and outer beauty.

Flower Agate is currently only known to exist in Madagascar. So in that way, it is rare. However, it is currently available for purchase from many shops across the globe. The big question is "for how long?".

Written By The Team
@NewMoonBeginnings 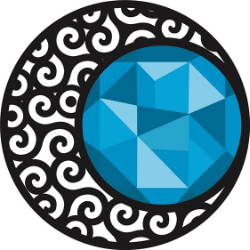 Thank you to everyone who contributed their ideas, time, and talents!