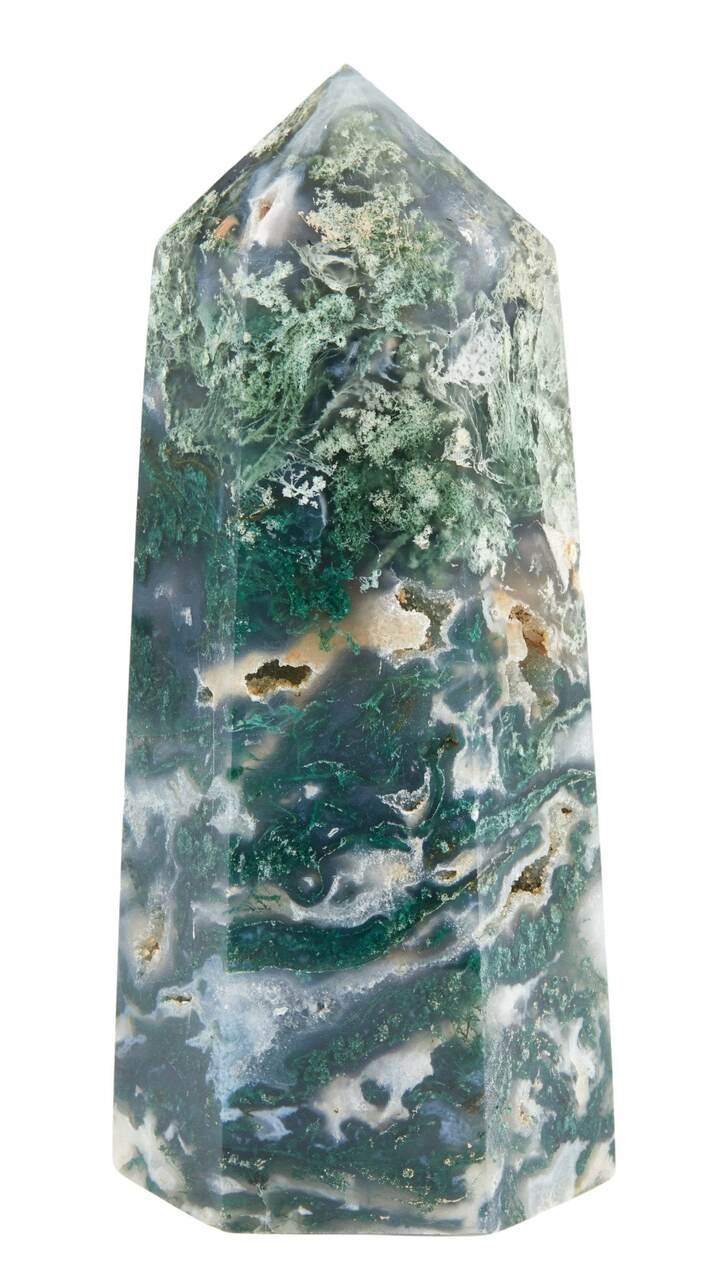 What is Moss Agate?

Embodying the cool and calming appearance of moss in a forest, Moss Agate brings balance to your mind, heart, and soul. It is a stone of abundance that attracts prosperity in all forms.

These inclusions are called dendrites and they create the appearance of green moss within the stone. Moss Agate comes in many different shades of green.

Occasionally, there will be small patches of red in Moss Agate, but this is rare.

Moss Agate is not technically a type of agate. Instead, it is a form of chalcedony with iron and chrome inclusions.

Most Moss Agate is mined in India, but it can also be found in the United States, Central Europe, Uruguay, and Brazil.

Moss Agate is named after its green inclusions that resemble natural moss. Occasionally it is called Mocha Stone. This name comes from Mocha, the city in Yemen where Moss Agate is said to originate.

Agate is named after the Italian river that used to be known as the “Achetes”. This is where ancient civilizations supposedly discovered the first agate. However, because it does not contain banding, this specific stone is not an agate.

Moss Agate is known for its properties of Grounding, Stability, Abundance, and New Beginnings.

It is also known for:

Moss agate provides a sense of stability in all aspects of your life. It is especially helpful for balancing your emotions.

Moss Agate is a stone of growth, and it inspires positive change in your life. It attracts abundance and prosperity, inviting new forms of success in your career and personal endeavors.

Its grounding abilities inspire patience, especially in situations of stress. Moss Agate balances your mind and brings you a sense of clarity that allows you to tackle any challenge.

In the 18th century British Farmers used Moss Agate as a good luck stone, believing that it brought prosperity and fertility to their crops and animals. Other European farmers are said to have hung pieces of Moss Agate around the horns of the oxen they used to plow their fields to attract a prosperous harvest. 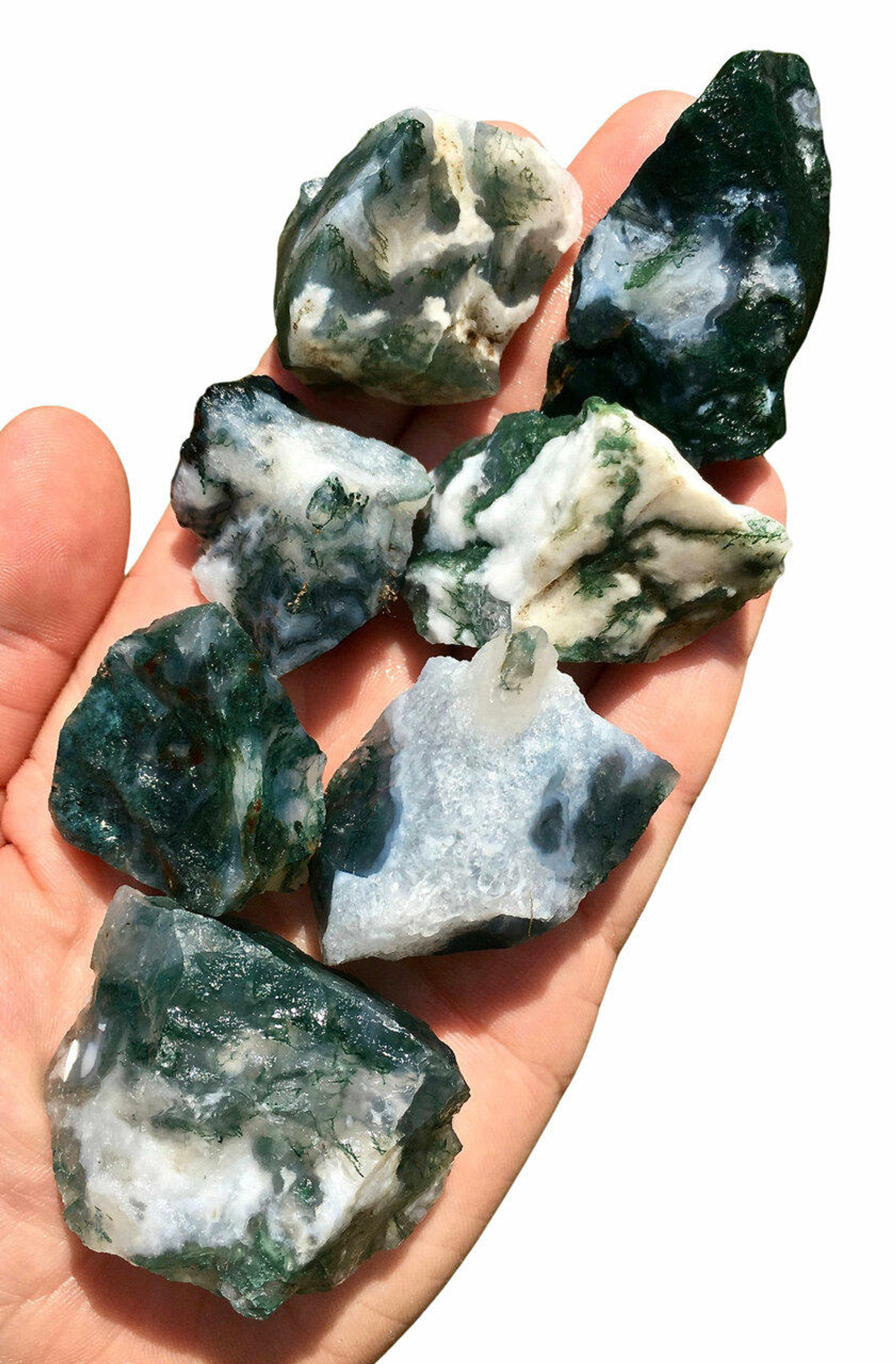 Moss Agate is helpful in times of new beginnings. It brings calming energy that helps to stabilize your thoughts and intense emotions.

It is also beneficial for:

Moss Agate is the anchor you need in times of emotional turmoil or extreme pressure. It attracts peaceful energy and cool inflamed tempers.

Moss Agate can help you connect to nature and return to some of the simpler reasons for living.

Moss Agate helps you realize your desires and provides stability as you plan for a positive future. 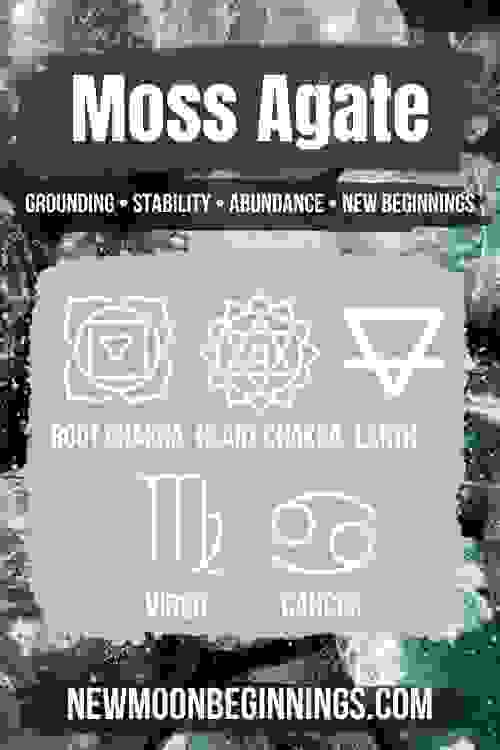 How to Use Moss Agate

Moss Agate is a great stone to keep in your pocket, bag, or bra to bring you stability throughout your day and balance your emotions.

Place Moss Agate in your office to provide cooling and calming energies for the workday. A work-life balance is extremely important, and Moss Agate can remind you to make time for both.

You can also place Moss Agate where the most activity is in your home, like the kitchen or living room. This balances hectic energy and brings a sense of calm during stressful moments of the day. 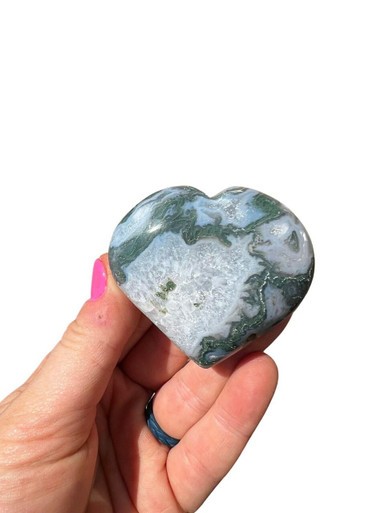 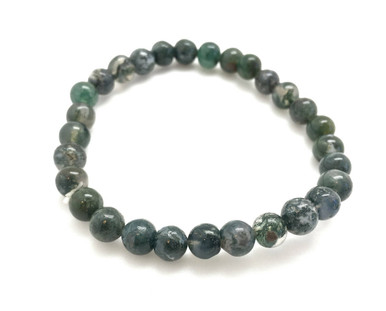 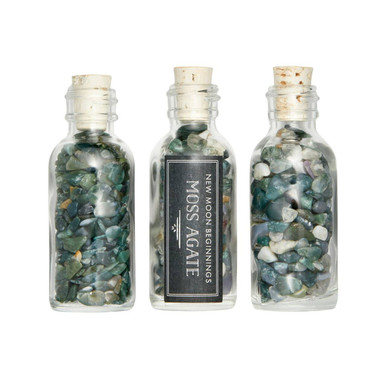 Despite its name, Moss Agate is not technically a real agate. Because it does not have any banding like other agates, it is just a form of Chalcedony. It is a type of volcanic rock.

Millions of years ago, as magma cooled, different minerals mixed to create Moss Agate. The green color of the inclusions comes from small amounts Iron and Chrome.

Moss Agate is found in many places around the world. 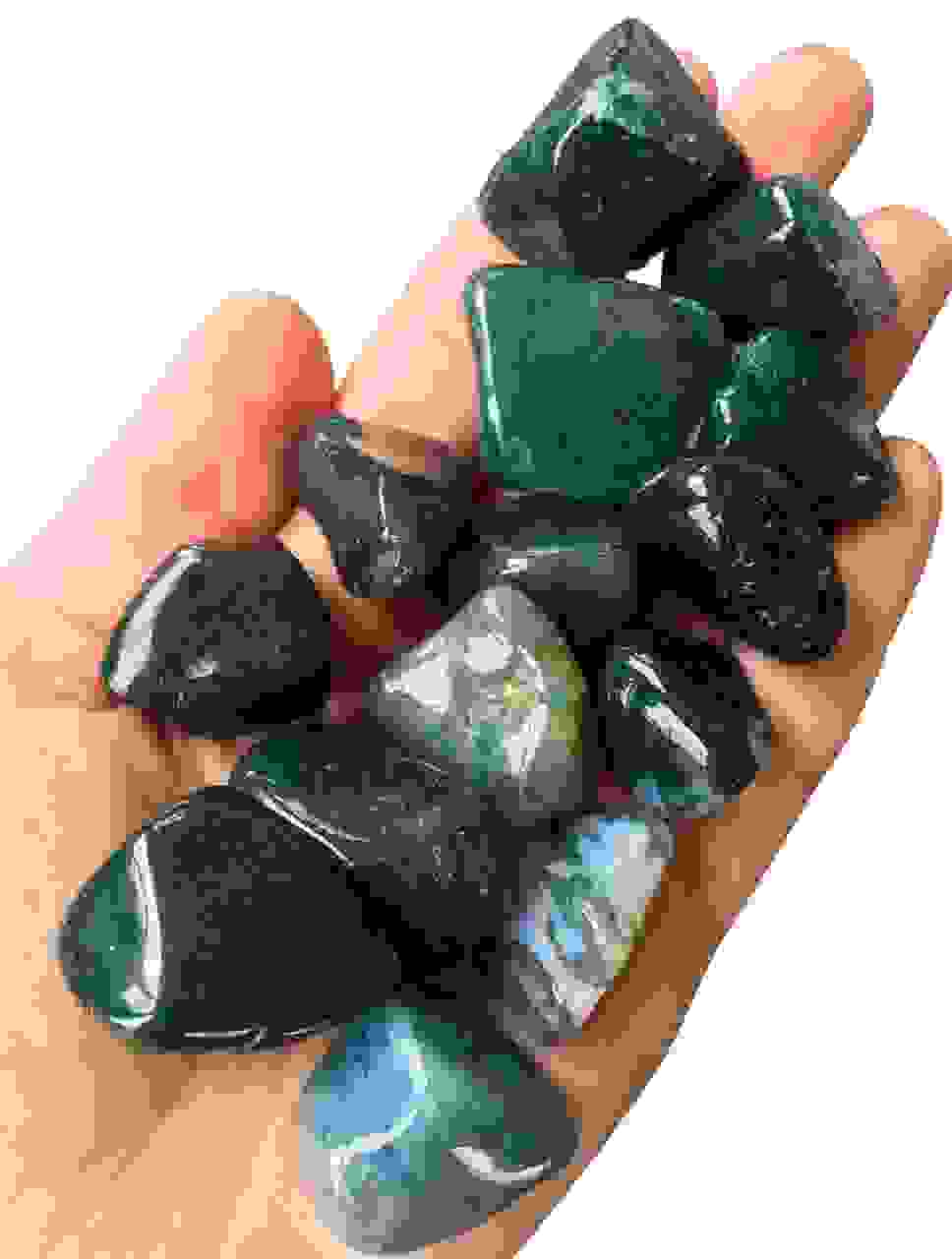 How do you cleanse Moss Agate?

Moss Agate can be cleansed using any method.

Because of its association with nature, many believe that burial is the most powerful way to cleanse Moss Agate. 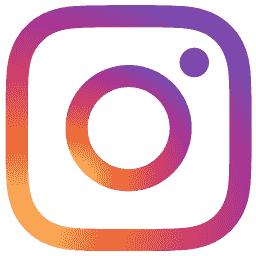 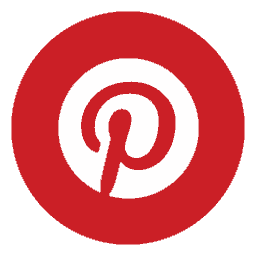 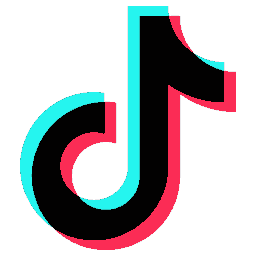 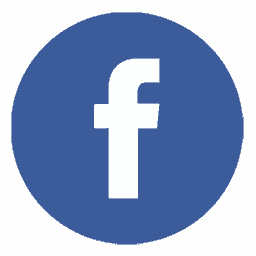 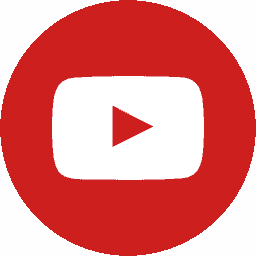 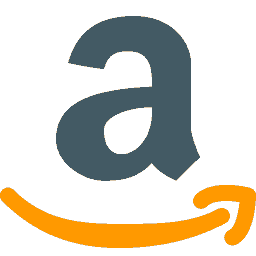 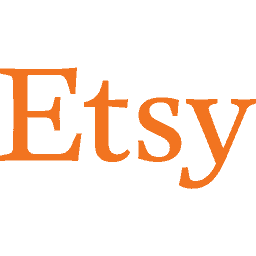 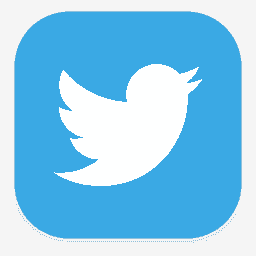